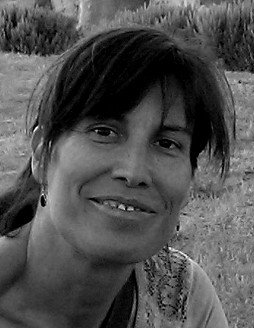 (Barcelona, 1966) has a degree in Catalan Philology, a Master’s degree in Language Planning and Policy (University of Barcelona) and a Master’s degree in Women’s History (DUODA Centre – Faculty of History and Geography, University of Barcelona). She has a diploma in Religious Sciences (Institute of Religious Sciences of Barcelona-ISCREB). She has worked as a terminologist at the Catalan Terminology Centre-TERMCAT and currently works as a teacher of Language and Literature in Secondary Education and Baccalaureate.
She has taught courses in feminism, women’s history, feminist theology and biblical interpretation at the Centre for the Study of Christianity and Justice (Lluís Espinal Foundation), to the Chair of Contemporary Theology at the Colegio Mayor Universitario Chaminade (Madrid); in several editions of the free-choice university credits of the Faculty of Philosophy at the University of Barcelona and in the Master’s Degree in Religious Diversity of the Ferrater Mora Chair at the University of Girona.
She is a member of the European Association of Women in Theological Research (ESWTR) and of the Board of Directors of the journal of Christianity and critical thought, Iglesia Viva. She has published the booklet Democracy and dignity for women in precarious situations (HOAC editions, 2015) and has been co-author of the digital material Women, spirituality, feminisms (Ed. Audir, 2019) within the project of the UNESCO  Association for Interreligious and Interconvictional Dialogue (AUDIR). She has collaborated in the organization of some international meetings such as the II European Synod of Women (August 2003) at the Universitat Autònoma de Barcelona and the biannual European meeting of feminist theology of the ESWTR in Salamanca (August 2011). As a social activist, she has been part of the political movement Procés Constituent and has collaborated in literacy and international cooperation projects.
full CV (english)
CV extens (català)

Neus Forcano will be teaching in: